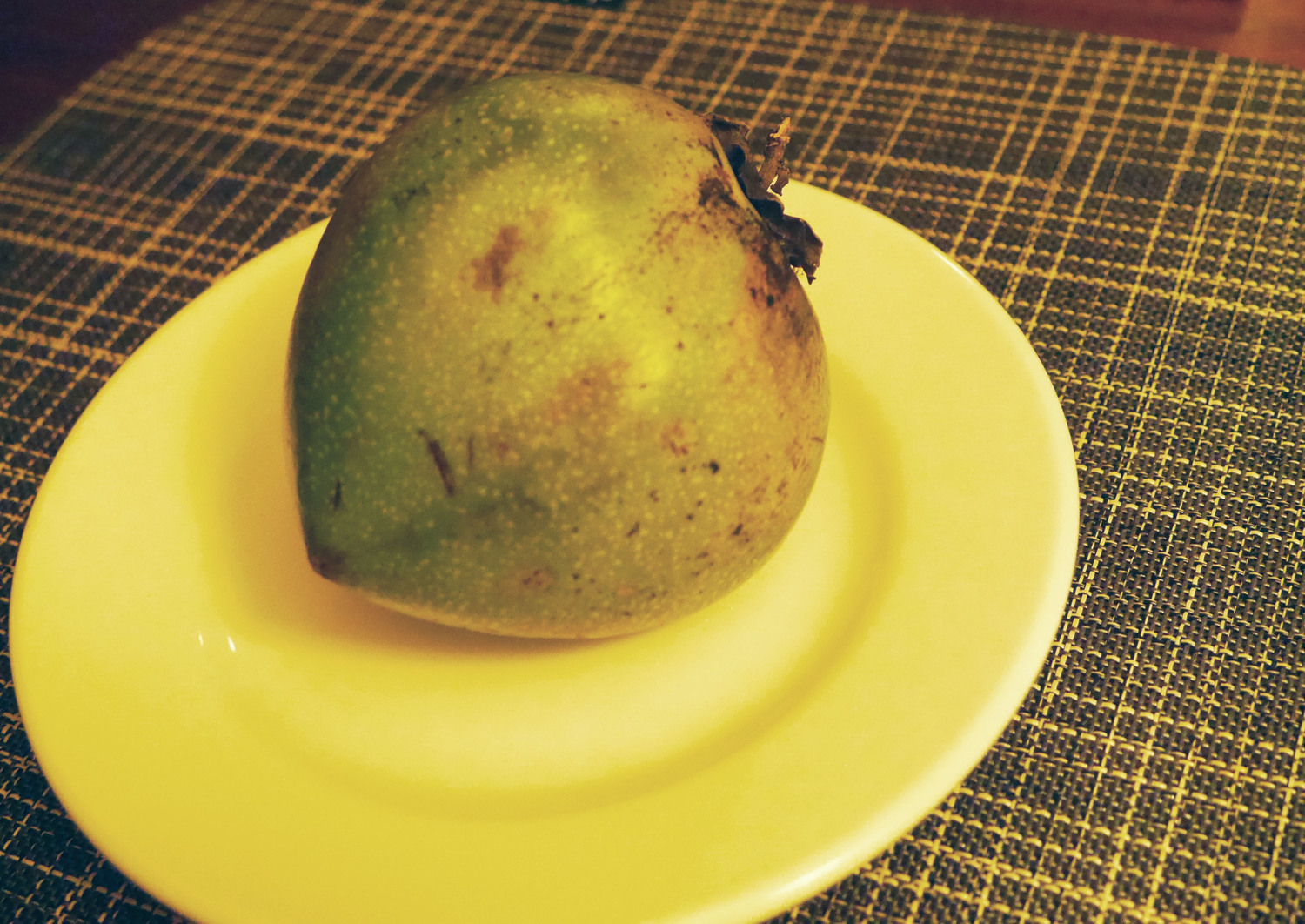 My local food co-op sells what might be considered weird and random produce from time to time. It’s pretty great – though sometimes you sort of understand why a lot of this is fringe produce. I was thinking the other day that maybe this whole blog thing might be a good place to talk about my experiences buying somewhat-overpriced-and-random-fruits-and-vegetables.

I decided to buy a black sapote last week, partially because I had never heard of it before, partially because the co-op’s description of the fruit involved the words “chocolate” and “pudding” next to each other. No really – people call it the “chocolate pudding” fruit because when it gets ripe, that’s exactly what it looks like. It is a relative of the persimmon, of which I am a big fan.

So yeah, we waited maybe 3 days for our fruit to get soft (the indicator of ripeness). Maybe we could have waited a few more days. When we cut into it, it didn’t exactly look like the Google Images photographs I had seen. That being said, it was pretty tasty. It sort of had the texture of a light/less rich avocado, but was sweet. There wasn’t any chocolate flavor to it, but I could sort of understand how it might be compared to pudding – especially considering those times when I’ve been subjected to raw/vegan chocolate pudding (you know – agave, cocoa powder, and avocado). 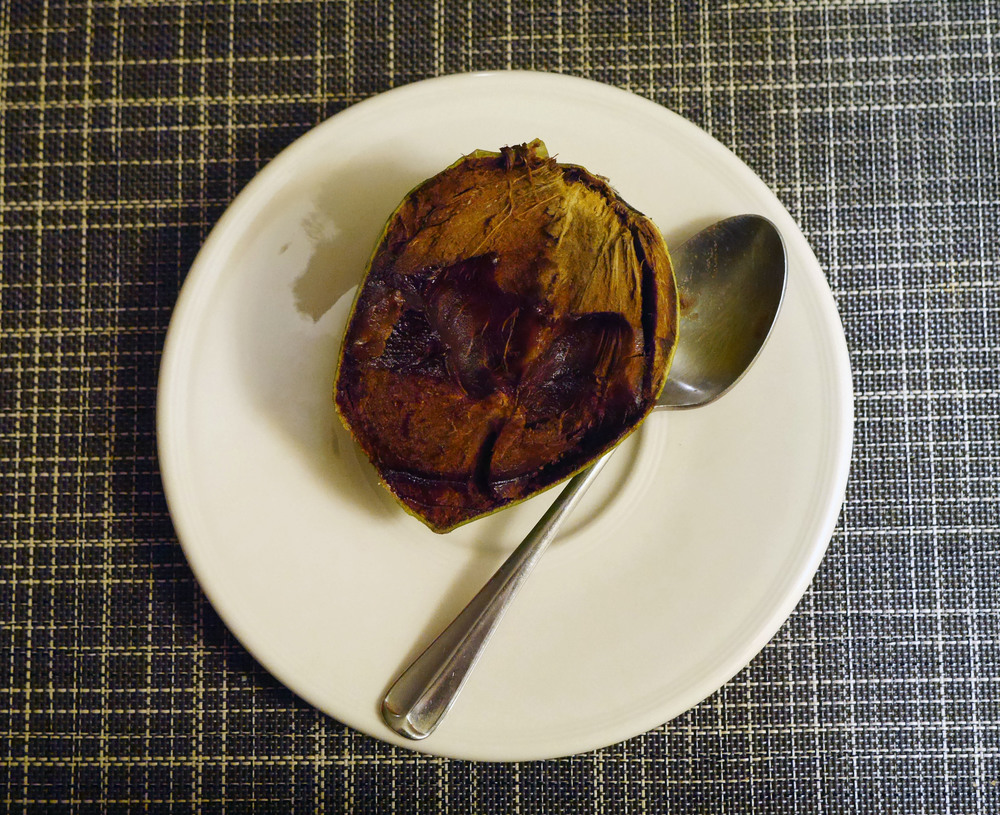 Took two bites out of it before realizing I should probably photograph what the insides look like.

Black sapote conclusion: pretty tasty. But just one cost me $4.50. Could probably buy an avocado and some agave for cheaper, and have a similar experience. Actually, I think if you somehow mashed avocado and banana together, it might have a similar flavor. That doesn’t sound so bad….future blog post? 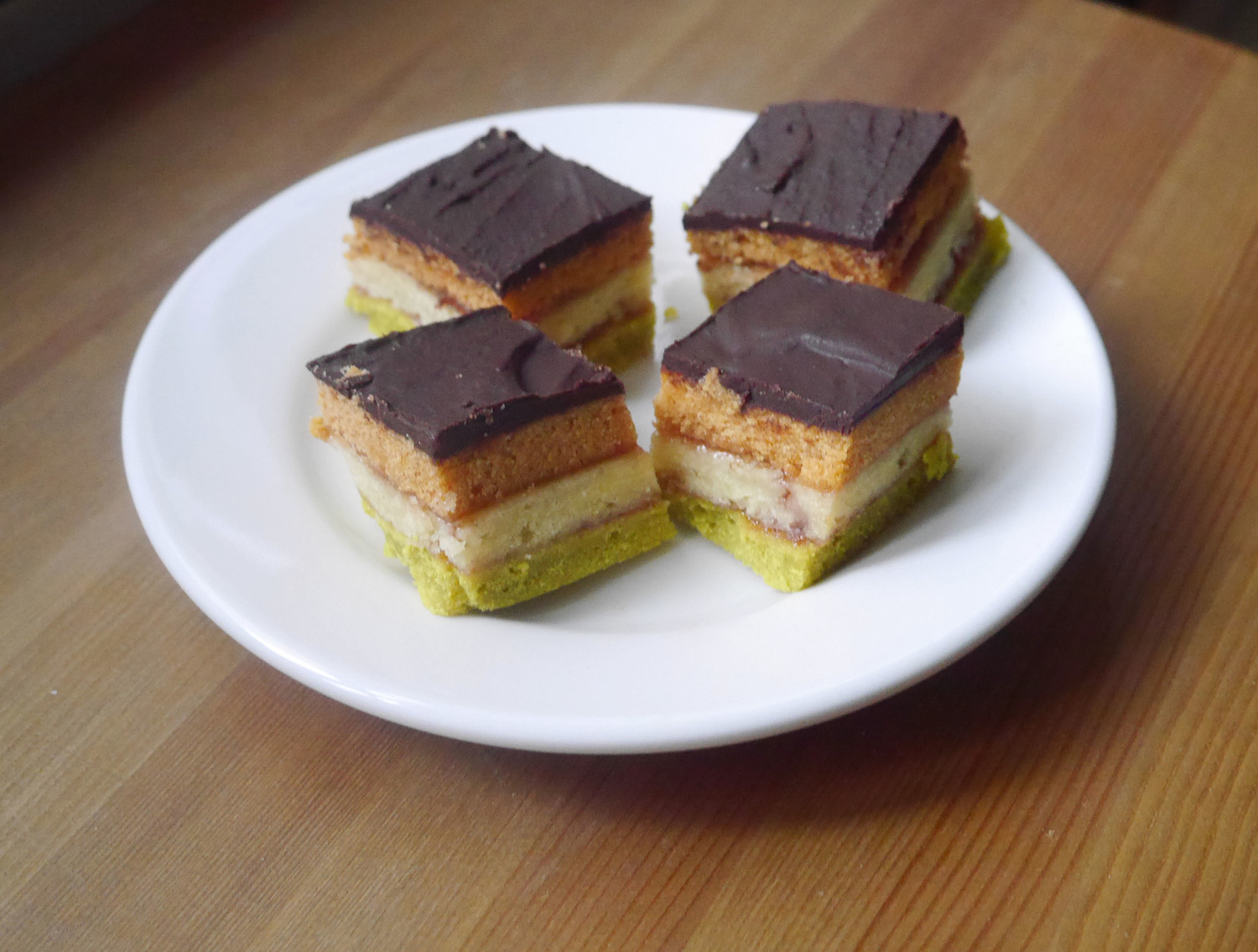 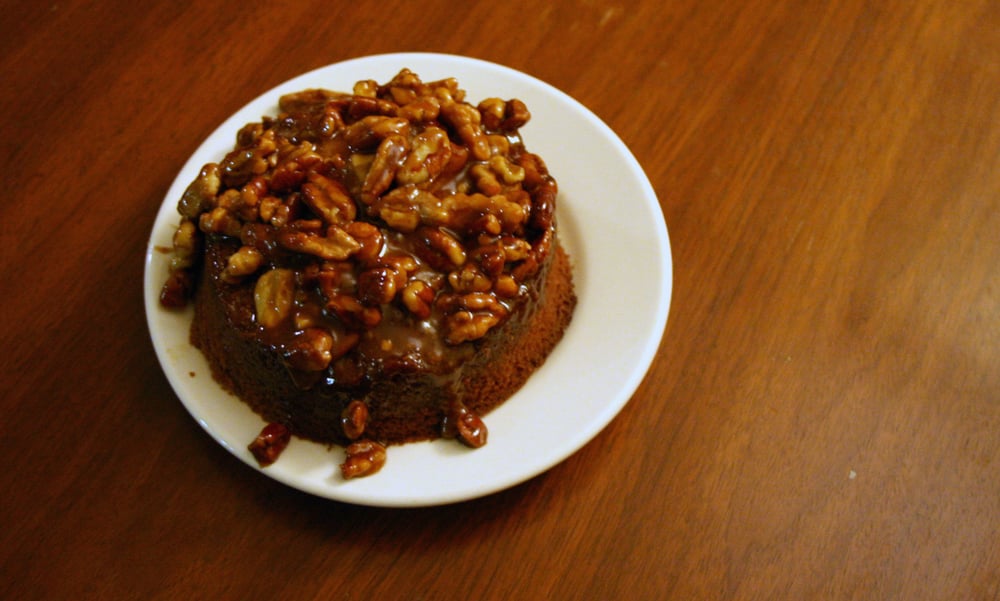 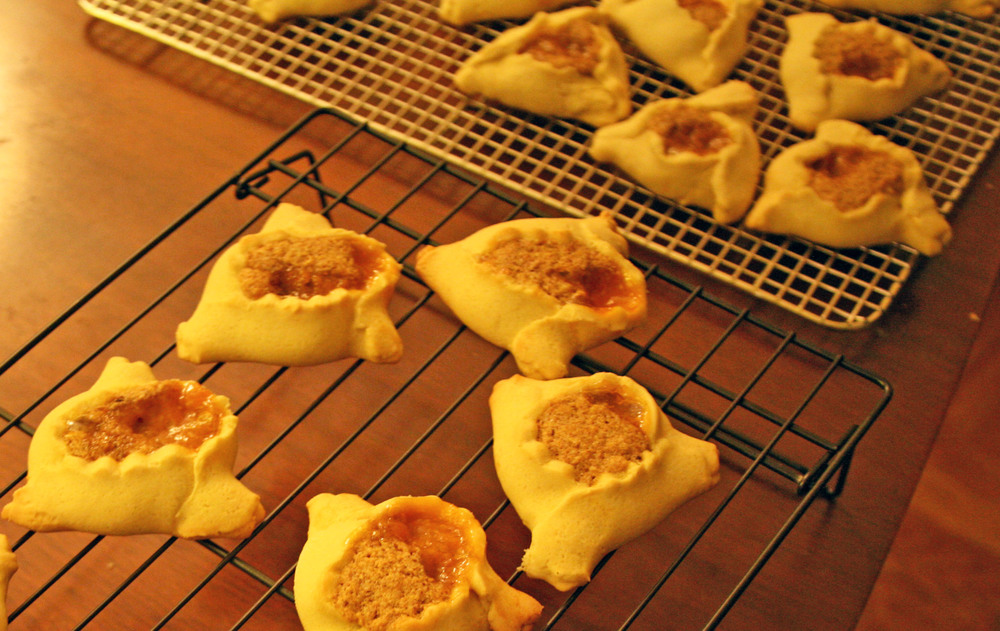 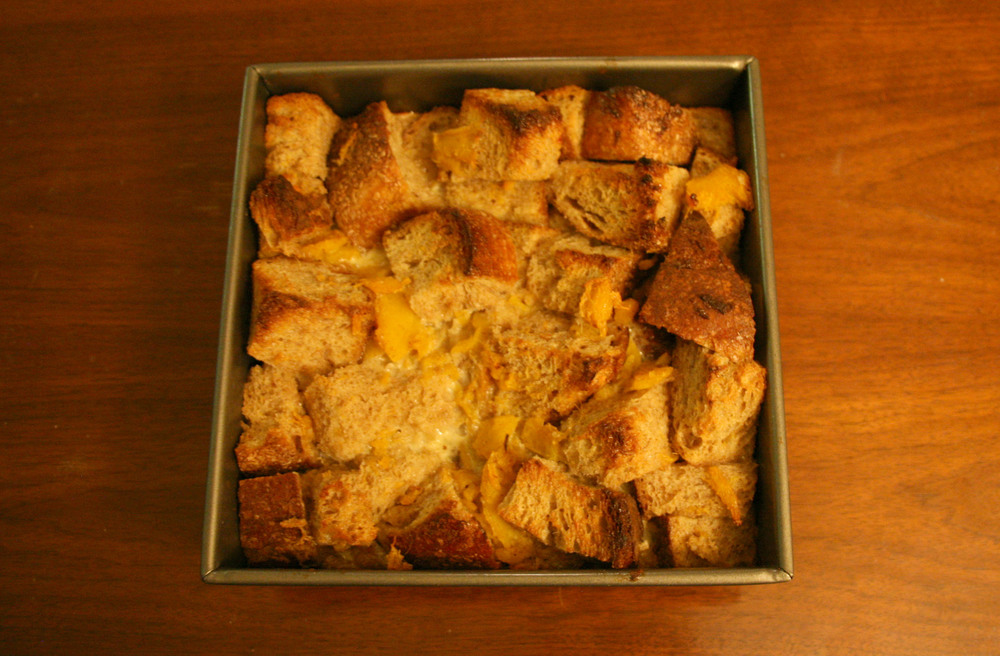